We announcing the new online course:

Link to this page location: #teaser

Both programs are based on the same node engine and share the procedural approach, a variety of data formats, and UI concept.

Link to this page location: #when

WE DON'T TEACH THE PROGRAMS AND BUTTONS, BUT THE WAY OF THINKING AND WORKFLOW

Link to this page location: #what

WHAT MAKES THIS COURSE UNIQUE ?

You will learn to find solutions yourself.

You will deeply understand the data flow and hidden logic of Houdini and Touchdeisgner.

"In my course, I chose a family of the 2 oldest and most powerful software systems sharing a lot of ideas and tools and produced by the same prophet mind.

Since then Houdini and TouchDesigner have been developing independently and in different ways while still employing a lot of common concepts and techniques, providing the artist with a great variety of tools for creating both real-time and non-real-time graphics and art"

"My teaching style was being developed in the cource of 21 years of educational practice and is based on the academic approach which:

I will explain in parallel the similarities and differences between the both programs."

Actually learning TouchDesigner you are already learning Houdini and the opposite 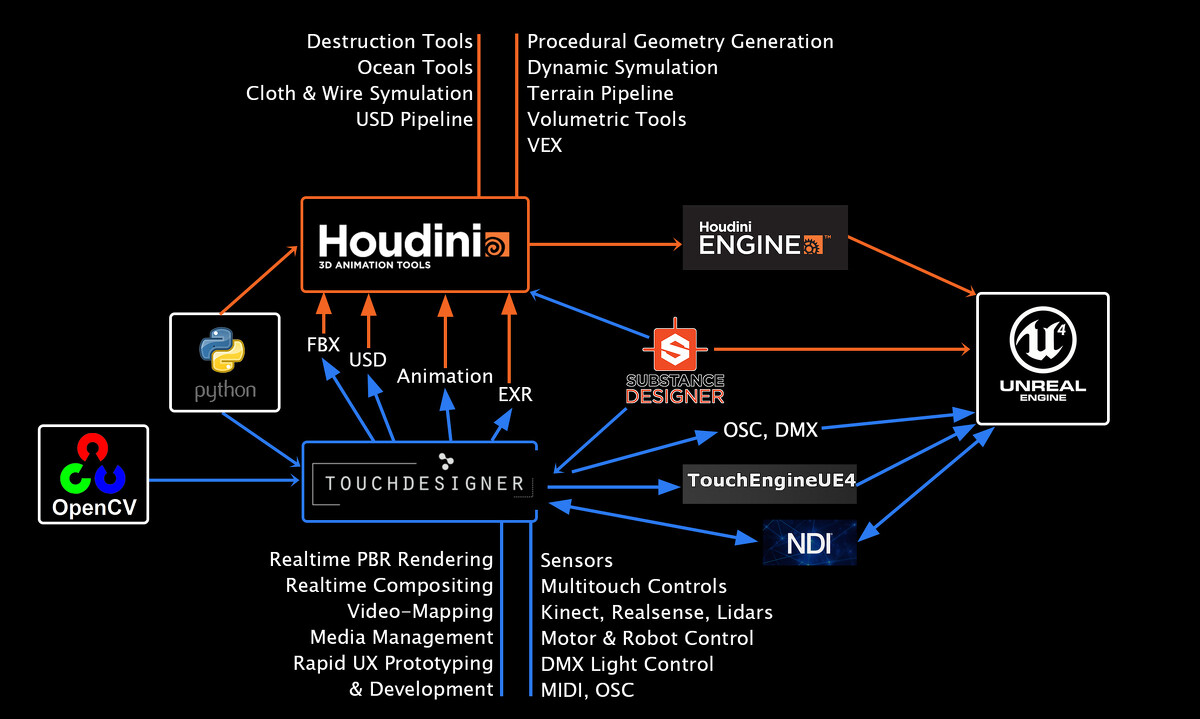 Link to this page location: #fields

For a wide range of use: art, video production, advertising, internet,

Using TouchDesigner and Houdini together, you can create automated audio-reactive shows. Yes, you can also control lasers and lights.

TouchDesigner is a great tool for mapping, working with generative graphics and real-time video processing.

For any task that requires working with data.

WHO NEEDS THIS COURSE?

How can you make your work more effective using a procedural approach?

What you will learn?

Understanding proceduralism is a key to generative modeling and animation as well as a way to develop abstract thinking abilities for creating generative art, automating tasks and optimizing your workflow

Link to this page location: #skills

SKILLS YOU WILL ACQUIRE:

- DEEP UNDERSTANDING OF DATAFLOW AND PROCEDURAL

- WORKFLOW OF THE PHOTOREALISTIC RENDERING

YOU WILL BE ABLE TO CREATE:

- PERFORMANCE UI AND LOGIC OF THE MEDIA SERVER

- The course is completely prerecorded and includes around 150 video lessons.

- All lessons are structured in 3 levels: Basic, Intermediate, and Advanced.

- Each level contains 3 blocks of modules.

- Each module contains 3 lessons with one project.

- After the 3rd lesson, you will have a week to finish the assignments and a live stream with Q&A.

- After each level, you will have an additional week to finish the assignments and relax.

- For communication, during the course, we have a chat with a tutor, course curators, and other participants.

Link to this page location: #syllabus

In the first level, we have to make a very fast introduction to the theory and praxis of using TouchDesigner and Houdini.
Level separated into 3 modules.

Skills after the level

After this level, you will be already practicing TouchDesigner user with the practical skills for:

and and being able to set up logic and UI for:

You will also have a basic understanding of the TouchDesigner/ Houdini approach to work with geometrical data.


In the second level, we concentrate on Procedural Modelling, Rendering, and Dynamics Simulations in TouchDeisgner and Houdini

Skills after the Level

Deep understanding of SOP Workflow, including:


In the third level, we go through the practical cases, including:

Skills after the Level

You will be able to:

Link to this page location: #book

If you have EU VAT ID, please

*We offer the possibility of paying in installments:

the first part - now, and the second - within 90 days after the start of the course

Choose 'Go to a partial payment' on chekout

Link to this page location: #who 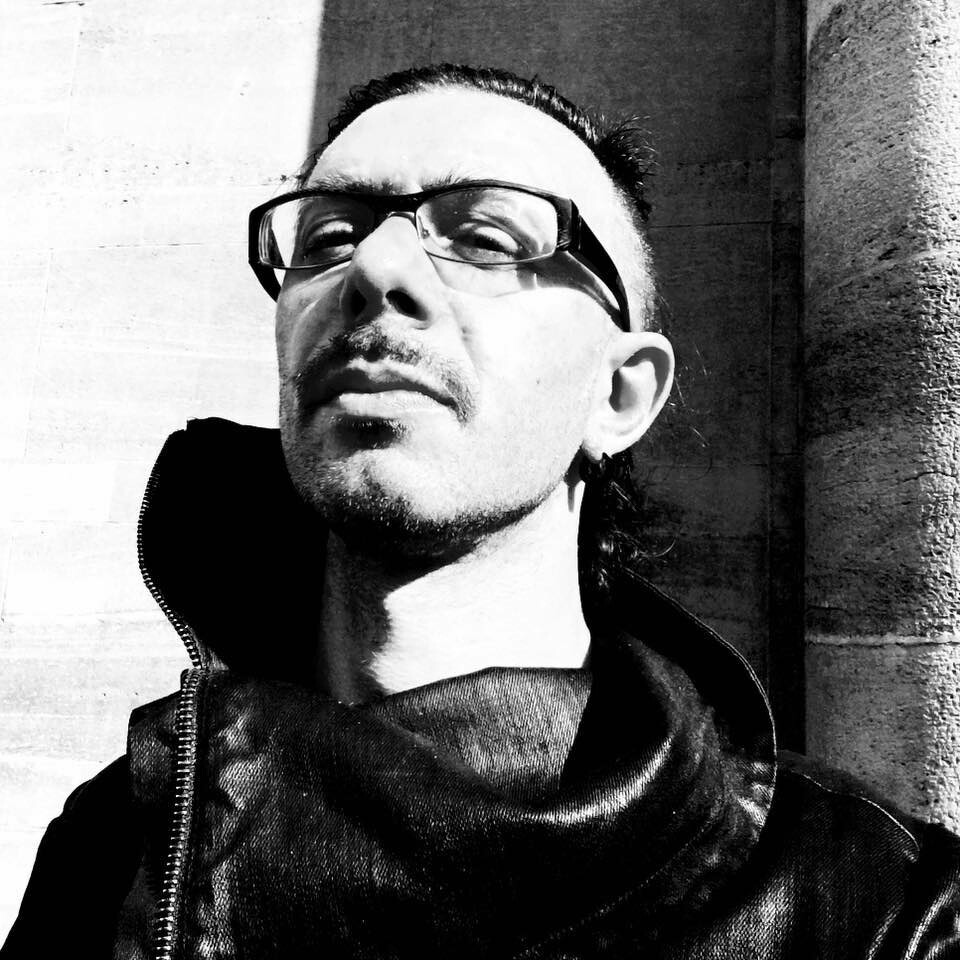 Worked in the production of the computer game Killer Tank, Pilot TV, on the first Russian animation projects in the Classic Studio, on the largest film projects in the German studios Trixter Film and Scanline CA as a technical director for pipeline, Character Animation, Cloth Simulation TD, RnD for VFX.

In 2013, he created his own generative design studio Licht.Pfad.

Since 2016 - working on theater projects with Maxim Didenko, including the creation of media servers for various performances.

Creation by Stanislav of the first author's course. It was a course on character animation in Maya, prepared for Realtime School in collaboration with Maria Stepanova (Animation director and teacher at VGIK)

at major international festivals and conferences such as CGEvent (lectures on Houdini), Signal Festival in Prague, LPM Rome, Touchdesigner Summit in Montreal, etc.

have attended various trainings and courses by Stanislav - both organized by him personally and conducted jointly with various schools and institutes (among the latter - "Realtime", "SAE Academy", "Screamschool", "Houdini-Howto + RRM", "Bilgi University")

Link to this page location: #testimonials

The courses were detailed and provided some excellent examples and techniques that are difficult to find. examples of elsewhere

You are definitely a world leading expert in TD.

Stanislav Glazov's courses are the best thing that happened in my life. So if suddenly someone is still in thought - here's a sign for you.

I truly appreciate what I am learning, it is an edgy topic and it is a pleasure to learn it from a master, not an easy thing to find In standard education.

There is a very high skill level of knowledge.

The course cover all the most relevant informations I think

Thank you for everything. I've been trying hard to keep up.

Link to this page location: #students 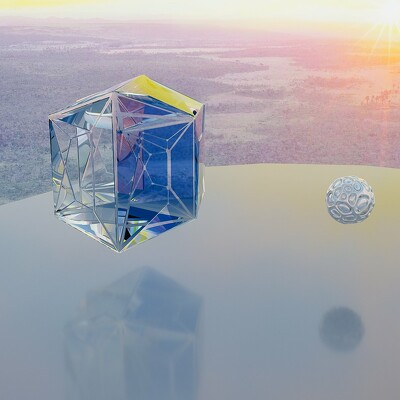 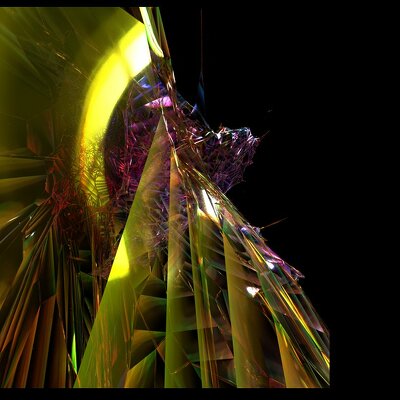 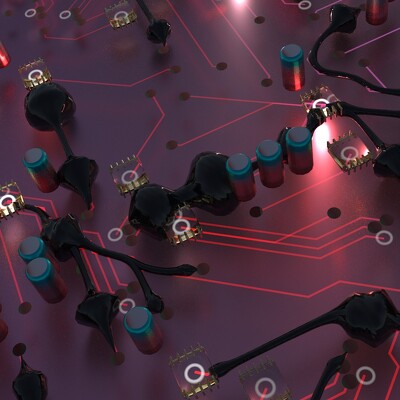 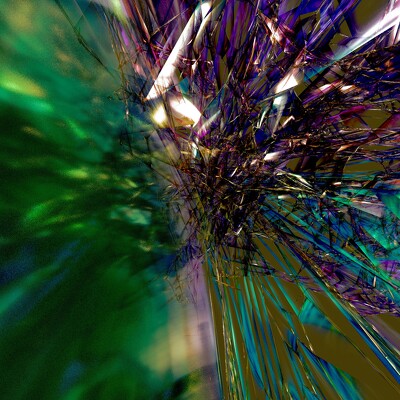 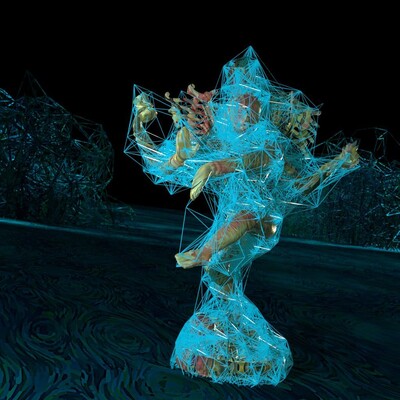 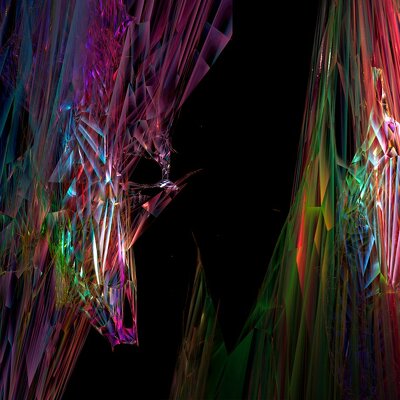 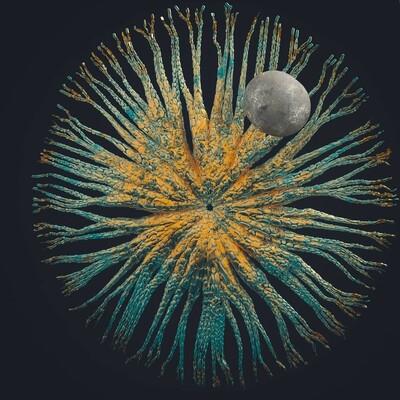 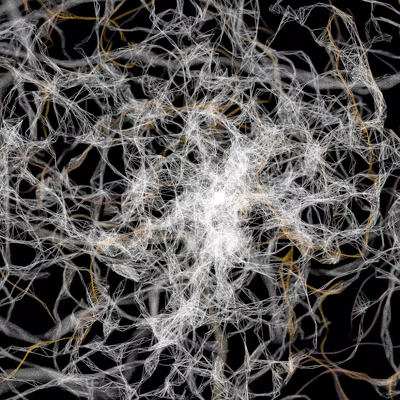 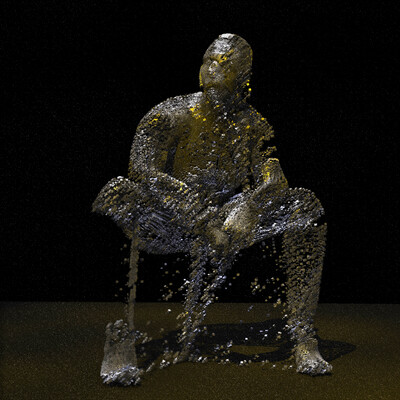 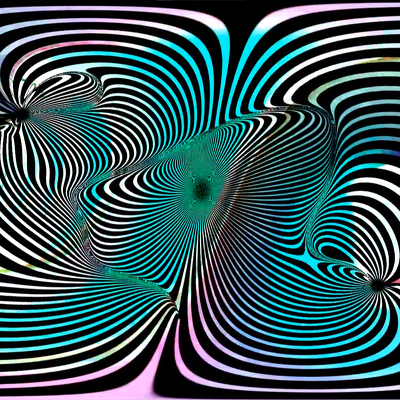 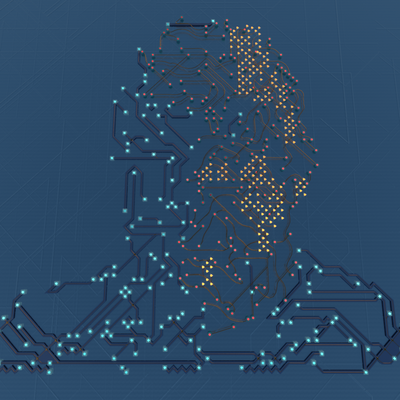 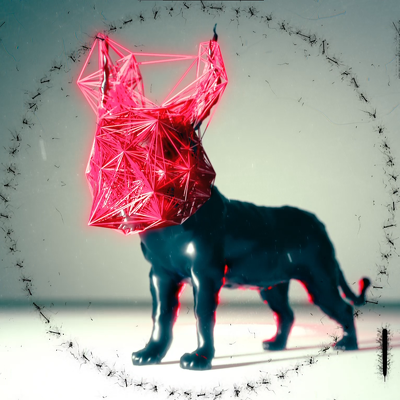 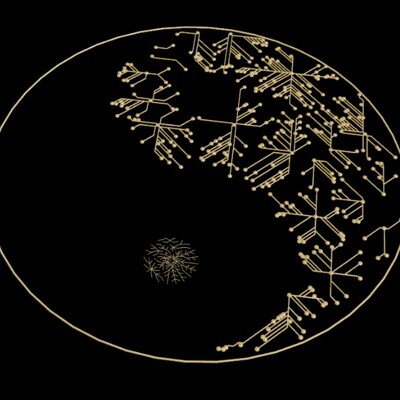 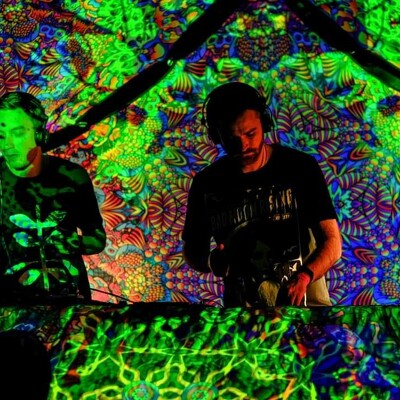 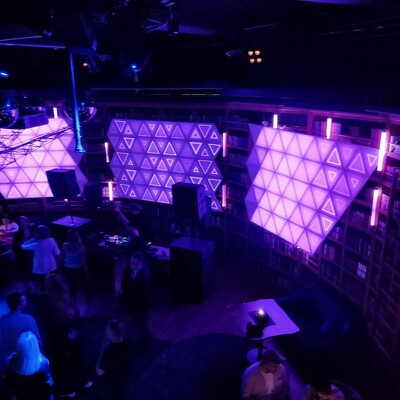 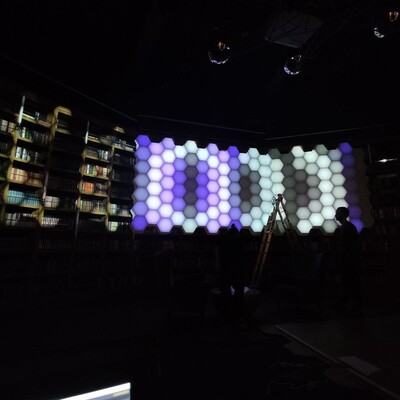 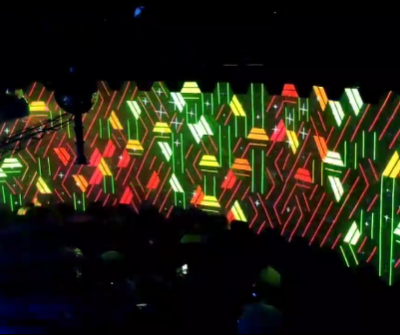 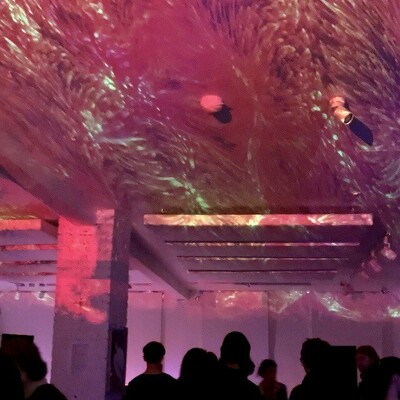 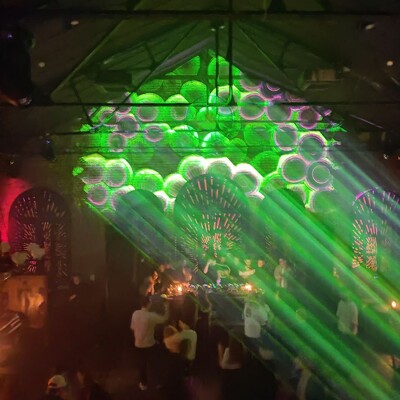 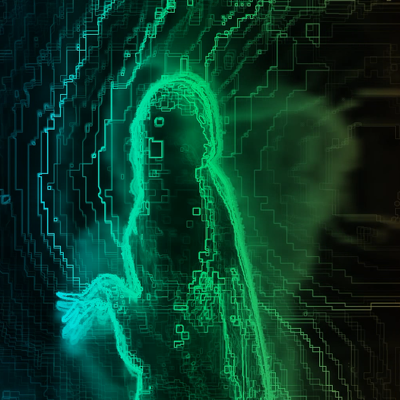 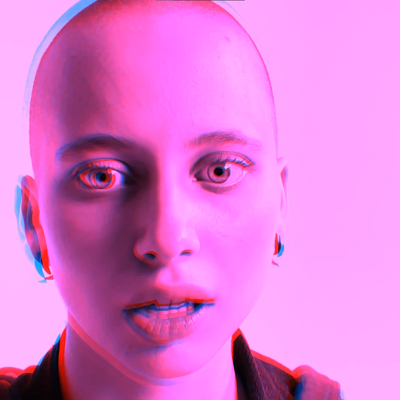 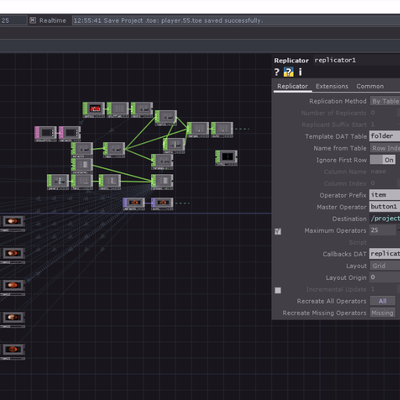 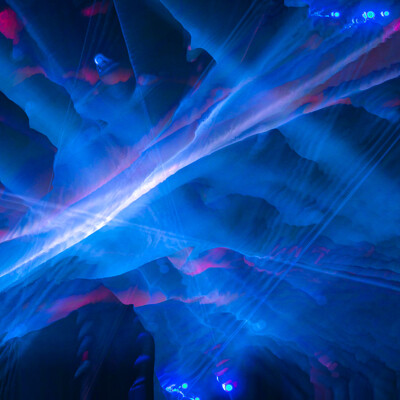 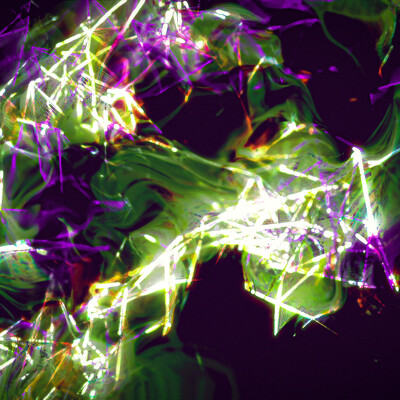 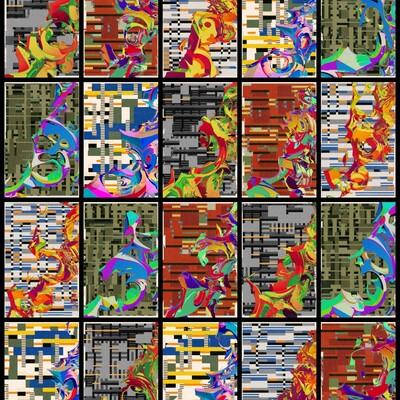 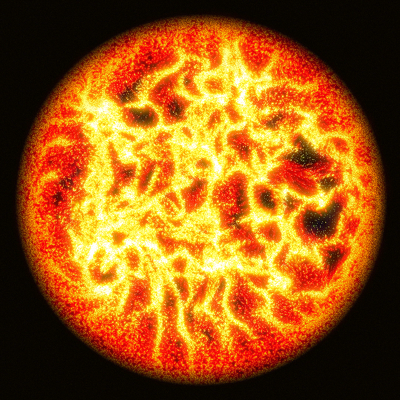 Link to this page location: #faq

- Does it make sense to take a course if I'm not a motion designer, but I want to learn how to work with TouchDesigner and Houdini?

- Yes. Despite our emphasis on motion design, the Hou2touch course is for anyone who wants to expand their professional capabilities with TouchDesigner and Houdini

- Is it possible to pay monthly for the course?

- Partial payment option available: 50% before the start of the course and 50% 90 days after the start

- How often do new lessons appear?

- Every week you will have a new lesson. For convenience - each lesson consists of several videos to make them easy to view

- It turns out that every week I have to allocate a few hours of time for training for 10+ months
- Yes, the weekly opening of new lessons should develop in you the habit of learning. At first, it may seem difficult for you to get used to it, but the more time you devote to education, the more you will enjoy the process. This is a proven method that brings results.

- Should I do my homework?
- Of course. We are interested in you learning how to use TouchDesigner and Houdini. It's impossible without practice.

- What performance monitoring systems do you have?
- When studying with curatorial support - our curators check homework and give feedback. After passing through major topics, a stop lesson appears. The student is given a week to complete homework on the lessons learned before learning a new topic.

Link to this page location: #requirements

- A minimum of 1GB GPU memory and use of the most recent Nvidia drivers, AMD drivers or Intel drivers is recommended. TouchDesigner uses OpenGL.

Integrated Graphics
NOTE: Not all features are supported on integrated video chipsets and there is a lower expectation on overall performance.
- Intel HD4000, HD5000 and above

- A three-button mouse with scroll-wheel is required.

Note: on an M1 mac it is NOT supported natively yet. You can run via Rosetta and therefore the performance won't be as good as it will be once native support is added.

- 4GB VRAM or more is required.
- A GL4.0 compliant graphics card is required. GL3.3 cards will have missing features and lower GL versions will not run Houdini 19 at all.

Free up time for lessons and have fun

Link to this page location: #contacts